Jill Brailsford was born in England and moved to Australia as a young girl. She studied art and design after leaving school and has been illustrating on and off in-between lots of part-time jobs including café cook, flower picker and stained glass window painter.

Some interesting facts about Jill:

1. Jill has painted several stained glass windows using the traditional 12th century technique, for various churches. 2. Jill is an INFP on the Myers Briggs personality test. 3. Jill received her Bachelor of Fine Art (painting) when she was 46. 4. Jill started a small business in 2007 selling her illustrations as greeting cards. It’s still going! 5. Jill has a 26-year-old daughter and a 15-year-old son. 6. Jill's favorite art forms are music, film and painting/illustration and her least favourite is street performance. 7. Jill used to do tattoos in biro on her friends at school, they were a big hit. 8. Jill collects swap cards, especially cards from the 1960s and 70s. 9. In 1965 Jill came to Australia on a ship as a ten pound pom. She bought a pink plastic budgerigar with a silver bell. It is one of her treasured possessions. 10. Jill has moved house 36 times and really wants to settle down in one place. 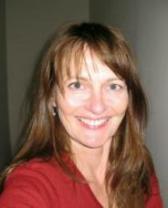